In preparation of his studies on the artistic contacts between Spain and the Netherlands, Steppe, from the mid-70s onward, researched numerous Spanish archive repositories. He also had photocopies and microfilms made in order to conduct further research based on his initial findings. The copies collected by Prof. Steppe concern information about the activity of Flemish artists in Spain, as well as information about Flemish art objects and musical instruments that are or were present in Spanish collections. Although Steppe has used much of the information found in the archival documents in consequent publications, a lot of the material he collected for his extensive archive remains to be studied in detail.

To lift this material from its confines, and to make it more accessible, Prof. dr. Gustaaf Janssens, emeritus professor at the Faculty of Arts of the KU Leuven and honorary archivist of the Royal Palace, has been working as a volunteer (emeritus with assignment) since January 2019. Prof. Janssens is working on an inventory of photocopies, microfilms, and transcripts of archival documents found in Spanish archive repositories present in Steppe’s considerable archive.

If you would like to consult the archives or if you wish to receive the latest inventory (which is still a work in progress), do not hesitate to contact us via illuminare@kuleuven.be. 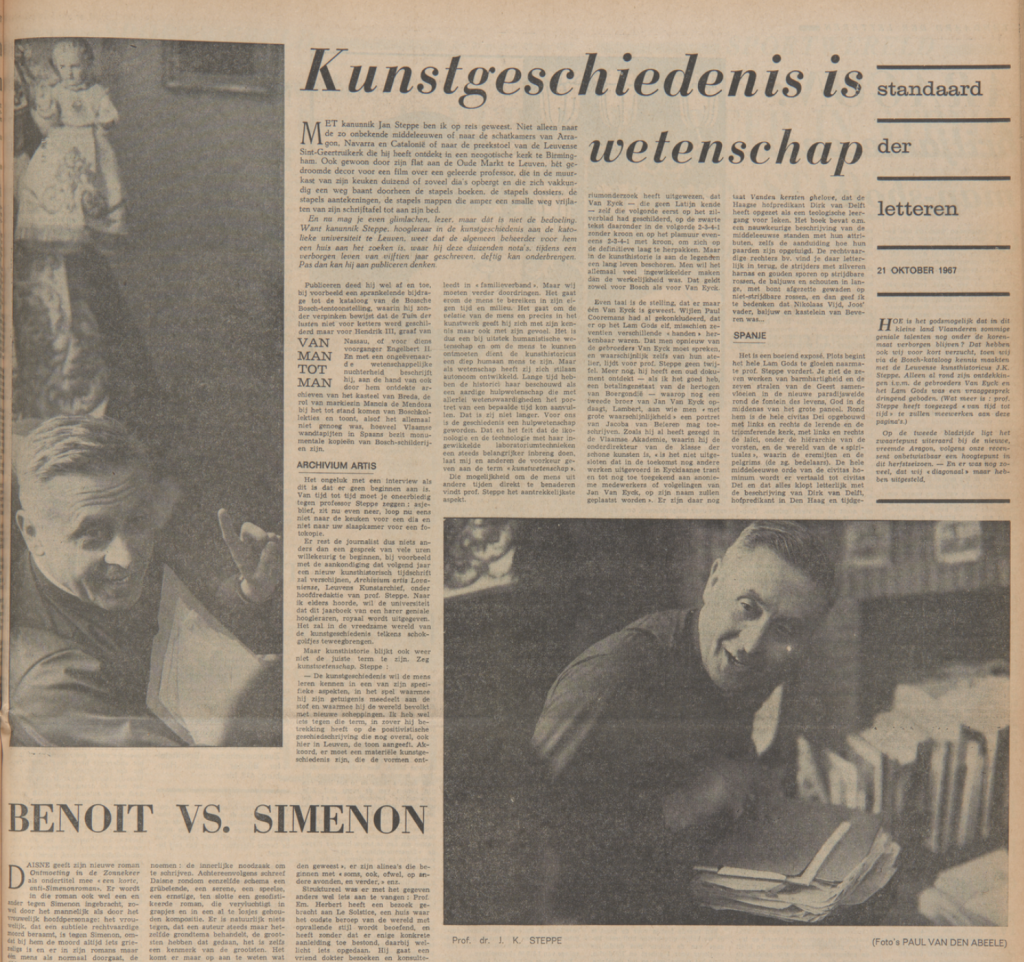