Between 2020-2022, 20 precious medieval manuscripts of the former Cistercian abbey of the Dunes – now preserved in the Major Seminary Bruges, were successfully studied and conserved by the team of the Book Heritage Lab (KU Leuven), under guidance of prof. dr. Lieve Watteeuw. The Dunes Manuscript Research and Conservation Project is supported by the King Baudouin Foundation (Fund Baillet Latour).

The Abbey of the Dunes was one of the oldest and main Cistercian abbeys of the Low Countries. It was founded in 1128 in Koksijde and joined the Cistercian order in 1138. A valuable possession of The Dunes was its collection of medieval manuscripts. During the 17th century, the library of Ter Doest abbey (Lissewege) was integrated in the library of the Dunes. The books were catalogued during this period by the abbey’s librarian Carolus de Visch (1596-1666) and

some books were rebound. As such, the library of the Dunes contained a wide range of books which the monks required for their daily religious life, such as religious treatises, Bibles, sermons, prayerbooks, but the library also included books on subjects as ancient literature, philosophy, law, and science. Since 2015, the manuscripts are protected heritage of the Flemish Community (“Topstukken”). 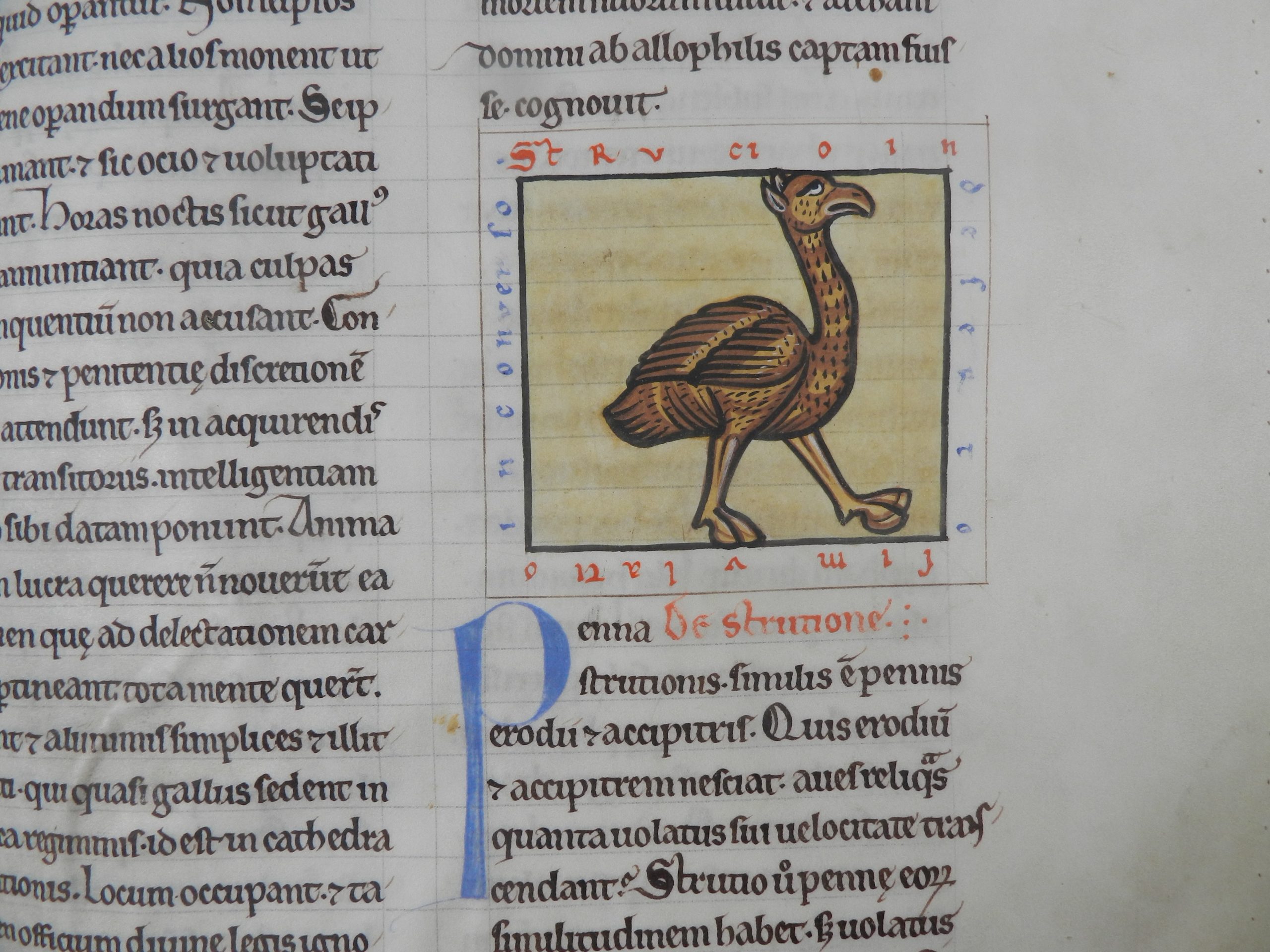 One of the manuscripts that underwent conservation treatment is Hugo de Folieto’s De Medicina Animae, a compendium of religious treatises. It is known for its rich iconography of birds. Today the manuscripts of the former Cistercian abbey of the Dunes can be consulted online via the MMMonk website. The physical preservation, the research as well as the digitisation are embedded in this unique collection of medieval manuscripts.