The Right Moment: A Symposium on Kairotic Energies (Brussels, 18-19 October 2018) 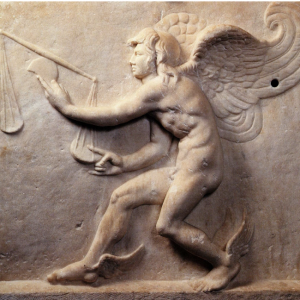 Since 1932, the Francqui Foundation of Belgium annually awards the Francqui Prize. This important recognition is granted by an international jury, to a Belgian scientist under the age of 50. The Francqui Prize, alternating between Medicine, Exact Sciences and Humanities is given by his Majesty the King of Belgium during a ceremony which takes place at the University Foundation in Brussels.

The Francqui Prize is the highest and most prestigious award in Belgium. The 2016 Francqui Prize was given to Professor Barbara Baert (KU Leuven – University of Leuven). The Francqui Laureate is invited to organize an international scientific symposium in his field, supported by the Francqui Foundation. Barbara Baert decided to invite scholars, friends and artists who inspired her work and had considerable impact on her oeuvre for the 2018 Francqui colloquium The Right Moment: A Symposium on Kairotic Energies.